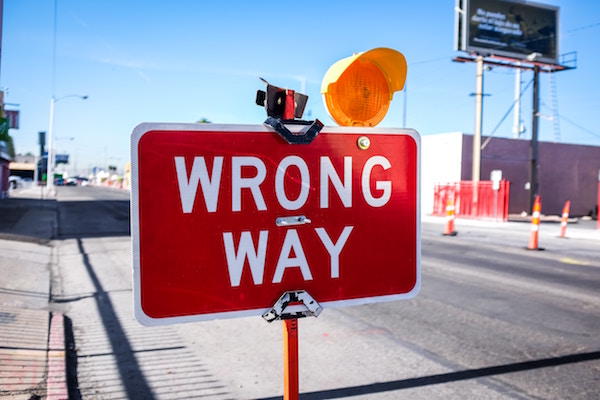 An Anxiety Disorder Is A Natural Process Gone Wrong

Note:  This is an excerpt from one chapter of my book.  As of October 2019 the book is roughly 80 percent written and I hope to have it released in early 2020.  If you would like to be notified of my progress and when the book is released, consider joining my mailing list.

‘Scuse me, while I kiss this guy.

What the hell am I talking about? Stick around. You’ll see.

Anxiety is NOT a disease.

I don’t care what you’ve been told. You are not sick. This is not an illness, mental or otherwise. If you’re offended by this because you feel that the term “mental illness” is an accurate description of why you can’t, then this might be a good time to stop reading.

Cancer is a disease. Its what happens when biological processes beyond your control bring about detrimental changes and/or impairments in the way your body functions at some level. Alzheimer’s is a disease. ALS is a disease. You could probably argue that even the common cold is a disease. But anxiety … that’s not a disease.

Now that we’ve gotten that out of the way, let me explain.

Anxiety is a state. Its predictable, normal, natural, and does not indicate defect or malfunction. In a state of anxiety your body is operating exactly as its been designed to operate after millions of years of miraculous engineering otherwise known as natural selection. Anxiety is the state you enter in response to a pending threat, real or perceived. Anxiety is a close relative of fear – another natural state. Anxiety is often a precursor to fear. Sometimes its difficult to tell them apart.

The physiological hallmarks of an anxiety state are all quite well known and easily measurable. They are not a mystery. They do not indicate that anything is wrong, broken or malfunctioning.

I can go on and on. The Internet is awash in giant lists of the “top” anxiety symptoms. You don’t need me to list them all for you, nor could I even if I tried. There’s always another one. The point is that every last one of the things you feel when anxious is completely normal and expected from a properly functioning human body.

I know, you’re convinced that your most disturbing and scary symptoms are unique and special. You’re sure that nobody else feels it as strongly as you do. This just can’t be normal! Something must really be wrong because it FEELS so much like something is wrong!

Let me address this right now.

You are absolutely and completely wrong. What it “feels like” … doesn’t matter.

More on this – much more – later. Let’s get back to the topic at hand.

Anxiety is NOT a disease.

“OK fine. Its not a disease. But obviously SOMETHING is wrong, so what is it?!?!”

Fair question. Lets break things apart a little. We need to identify the components of this problem you want so desperately to solve.

First, there are the feelings and sensations that you hate so much. These are the symptoms of anxiety. As I just ranted about, these are normal physiological operations in a healthy human body. The sensations and symptoms you dislike so much are simply your body reacting as its been designed to do in the presence of an impending threat. When needed, your body protects you and prepares you for battle or escape by entering an anxious state.

Sometimes, this mechanism gets triggered at the wrong time. The anxiety/fear response kicks in even when there is no current or pending threat in the environment. You were fine one minute, then convinced you were dying or going insane the next. This was your first terrifying experience with panic. This happens to almost everyone at least once in a lifetime. Call it a bug. A defect maybe. A design flaw. Whatever it is, it happens … all the time. The natural protection mechanism built into your body fired when it shouldn’t have, and you found yourself at dinner with a friend, absolutely terrified.

The problem is what happened after that. You were afraid, and did not want to be afraid again. You were uncomfortable, and did not want to be uncomfortable again. You interpreted this misfire as something to be avoided at all costs. This interpretation turned your natural threat protection mechanism …. into a threat! Your brain turned your own normal, healthy body into your enemy. Once this happened, it was game over. You were locked in the cycle of fearing the next episode, living in a state of high alert, and dreading every tiny hint that it might be happening again.

You were afraid, so you learned to be afraid … of being afraid. Does that sound like a disease?

Once you are living in a constant state of worry, always on guard for the next wave of anxiety symptoms or panic, then you are breeding the very thing you dread. Your fear manufactures tension, anxiety, and more fear. By teaching yourself that you must avoid and escape those feelings, you’ve created a monster where none previously existed.

Do you see now why your anxiety is not a mental illness? Can you see how the situation you are living in today is simply the result of a natural process gone awry? This is not illness. You are not broken or damaged. You are not defective. You just learned some incorrect lessons. This is nothing more than a collection of bad brain habits.

That doesn’t sound so bad, does it? Habits, no matter how bad, can be broken. Things you learned in error, that you thought to be true all this time, can be unlearned and corrected. You are not sick or ill or full of disease. You just need to correct some mental mistakes, that’s all.

Have you ever spent years singing along with a favorite song, only to learn that you’ve been singing the wrong lyrics? For God knows how long you were convinced that you knew the words, then one day you find out that everything you thought you knew was wrong? Same thing. You’ve been singing the wrong words. Now you can learn the right words, and sing them. Much better, right?

‘Scuse me, while I kiss the sky.

(The correct lyric from Jimi Hendrix’s “Purple Haze” is … ‘Scuse me, while I kiss the sky.  Its one of the most often misheard and misquotes lyrics in music history, so it seemed to be a great illustration.  At least it is in my head.)

Image by NeONBRAND on Unsplash