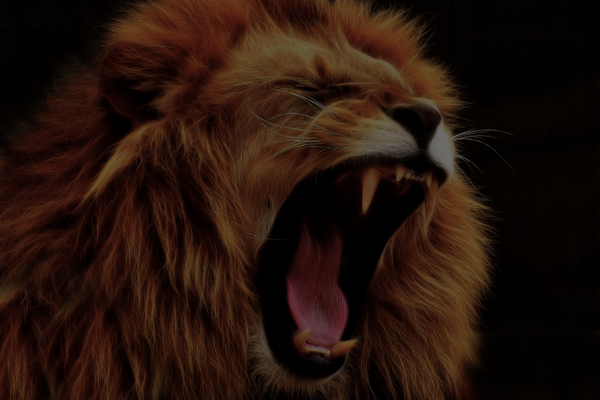 Your Anxiety Mindset: Survival Or Defiance?

Sometimes, your mindset can actually matter.  That’s right.  I said it. Sometimes a change in mindset can matter because it can help us modify our ACTIONS, and we all know that recovery is primarily about changing actions.

Like it or not, we all have an anxiety mindset.  We have a framework or a conceptualization of our anxiety situation. We formulate a platform that we stand on when it comes to anxiety.  This influences how we interact with anxiety, fear, and discomfort. Your mindset is formed over time based on your experiences, how you interpret them, and your beliefs about yourself and the world in general. Your anxiety mindset dictates to some extent how you approach anxiety when it makes an appearance.

Yes, really.  I know, I often rail against the concept of “mindset” in anxiety disorder recovery.  Why do I do this?  Because mindset is an overused word in personal development and self-help circles.  Too many gurus with big platforms talk about changing mindset like it’s magic.  There is an actual army of mindset coaches out there all asking for money to change your life by making you think in a new way.  But we know that recovery from an anxiety disorder is not about thinking.  If anything, we’re trying to think less!  That’s not really possible, but at a minimum in recovery we are working to rebuilt a healthy, productive relationship with our thoughts and thinking habits. The answer for people like us is not to think more or to think in some different way, but to learn to step AWAY from thoughts and thinking because we’ve become far too attached to them.

So why am I talking about mindset this week? Because mindset can be useful sometimes.  Think of mindset as a conceptualization.  A framework.  A jumping off point.  A foundation that you can stand on.  Let me illustrate:

“I knew this party was gonna suck.  They always do.  Why did I bother coming?  Nobody is doing anything.  What fun is this?  I’m getting out of here!”

“I was skeptical about this party and its starting pretty slowly, but the band is about to start playing and I see that there’s food coming out and more people are arriving.  Maybe if I hang in with it, it’ll get better and I’ll wind up having a fun time.”

In the first case, you will leave the party because you’ve already decided that it was gonna suck, it does suck, and there’s no possible way it will be worth staying.  But is that automatically true?  In the second case you can see that you’re not really enjoying the party but you are entertaining the idea that this can change because you can clearly see signs of change around you.  The bad is starting, food is arriving, and more people are coming. You remain open to the possibility that you might be wrong about the party so you stay and see what happens.

Mindset can matter because it can inform our actions.

This mindset is especially prevalent as an anxiety disorder takes hold and worsens.  People in the early stages of learning about recovery after being stuck for some time are almost always in survival mindset.  This is completely normal.

In the survival mindset, you see your anxiety as something that stalks you and attacks you.  The fear overwhelms you and you are powerless against it, time and time again. No matter what you do, you cannot stop this monster from catching you and devouring you.  When it happens, you are at its mercy and you hope and pray that it does not totally destroy you.  You repeat this cycle.  You go into anxious situations just hoping and trying desperately to survive once again so you can live to fight another day. Your expectations are low and your outlook for improvement is dim.

This is the mindset almost everyone dealing with an anxiety disorder winds up in.  I was in that mindset for quite some time. If this sounds familiar to you, know that this does not indicate that you are weak or of lesser character or incapable of getting better.  You’re afraid, confused, and feeling powerless and frustrated.  The survival mindset is to be expected!  It happens to all of us!

The defiance mindset comes with repeated experiences and is quite often fueled by anger, impatience, and an unwillingness to be stuck any longer.  Repeated experiences where anxiety, fear, discomfort and uncertainty do NOT produce actual harm or impairment are the foundation of the defiance mindset.  These experiences are unpleasant and unwanted, but they do tell us and the logical part of your brain that no matter how sure you were that you were done for, that never actually happens.  You reach the conclusion that it really can’t “kill” you.  But you still run and this begins to frustrate you.

“I know I’m OK but I just can’t seem to face it!”  That statement is a common precursor to the defiance mindset.  Other statements that lead to defiance revolve around themes of anger, impatience, and resentment toward anxiety and fear.  You start to HATE it for pinning you down and limiting you the way it has.  You become resentful over the loss of time and opportunity.  You start to spend as much time shaking your fist at anxiety as you do fearing it or worrying about it.

You’re Just Going To Have To F*cking Kill Me

At some point, you’re at a point where you can start to explore defiance as your approach rather than survival.  You tap into that anger, frustration and resentment and you use it to inform your actions and bolster your courage. Rather than just trying to hold on and survive through anxiety and fear, you begin to openly defy it.  You are still afraid, but you’re also tired of being afraid and are willing to make some real change to break the cycle.  You are still challenged, but you rise to the challenges in a new way and these become more productive experiences.  This is the point where true acceptance, surrender, and tolerance can be found.

For me, the switch to a defiance mindset came when I got angry and fed up enough that I literally told anxiety that it was just going to have to f*cking kill me because I wasn’t gonna do that dance any more.

Defiance Mindset Does NOT Mean Fighting

This is where people get confused. Being defiant and adopting a defiance mindset does NOT mean you start fighting your anxiety. We never fight it.  We do not try to stop it, squash it, or kill it.  Being a defiant warrior in this case means understanding that the only way to win this war is to STOP fighting it and let your opponent show you that it is incapable of defeating you.  See the difference?  There is no tensing.  There is no bracing. There is no swinging swords or throwing of punches.  These things are not part of the defiance mindset.

There is surrender. There is acceptance.  There is a complete willingness to let it come and “kill you”.  But these things are not done from a place of weakness.  These are done from a place of strength and resolve.  When I relax my body and totally let go, allowing panic to reach its peak, this is an act of defiance.  I am doing it with my chin up and my chest out.  I am taunting anxiety.  I am poking it.  I am demanding that it come and take me down because I know that it can’t.

The defiance mindset allows us stand straight up, drop our guard, and take a right cross to the chin because we know that we while may wind up on the canvas, we will get right back up and go along our merry way none the worse for the wear while the other guy is left gasping for breath and trying to gather his strength to throw another hard, but ultimately ineffective punch.  And we’ll laugh at him while we walk away and leave him hunched over and out of gas.  Because that’s who he is.  And that’s who we are.  The defiance mindset shows us who we really are, and unmasks the true nature of disordered anxiety and fear.

You know me and my silly movie references.  If you want an excellent example of what a defiance mindset looks like, I direct your attention to the second fight from Rocky III.  Watch Rocky – knowing that Clubber Lang can’t really beat him – taunt the champ and defy him to “hit me harder”.  Clubber does in fact hit Rocky harder, but to no avail.  In the end Clubber is left out of gas as Rocky wins the fight and regains the heavyweight title.

Anxiety, fear, panic, and scary thoughts have shown themselves time and time again to be hard hitters, but lacking the ability to make good on all the nightmares they threaten you with.  Your anxiety is Clubber Lang.  Lots of bark, but in the end you have WAY more bite. And the way to learn this is to move toward the defiance mindset.  When it’s time to relax, breathe, focus, and allow anxiety to do it’s thing, do this as an act of defiance, not an act of survival.  Watch how it once again fails to take you down.

But this time, you will not have just survived.  You will have prevailed. And in that moment is a lesson critical to the recovery process.