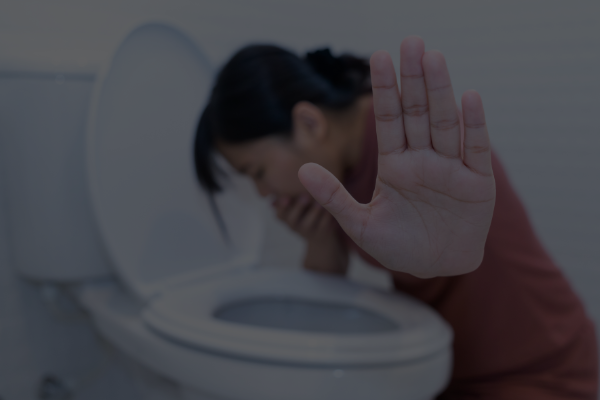 Emetophobia – fear of vomiting – is a major driver of anxiety and even panic for many in the community.  Today on The Anxious Truth my old friend and collaborator Holly is back to share openly about her experience with emetophobia and what ultimately helped her get past what can be a crippling phobia.

Emetophobia can often be the driver underneath things like panic disorder and agoraphobia.  Fear of panic and anxiety symptoms will drive avoidance that can have a major negative impact on lifestyle.  The fear that panic or anxiety may cause one to vomit can cement that avoidance and kick it into high gear.

Sometimes people trying to use exposures to overcome panic disorder and agoraphobia find that the fear of vomiting when anxious means that the exposures are not “working”.  Emetophobia has to be addressed alongside these issues or exposures can wind up being a merry go round of unproductive torture that lead nowhere.

Holly can loosely trace her emetophobia back to two particular incidents in her life that involved shame, fear, and other people being sick. Sometimes we know why we become emeotphobic.  Sometimes we do not.  Some experts think that emetophobia is linked to control issues or shame issues. This may or may not be true for any individual, but regardless, emetophobia is an addressable issue.

Many sufferers believe that exposure can’t work for emetophobia because we cannot intentionally make someone vomit as part of treatment. That is true, but it’s also not necessary to vomit to overcome emetophobia. That does not have to be part of the “exposure”.  Other sufferers will reject exposure as a treatment because they insist that anything that brings them closer to even the idea of vomiting must never be permitted.

For Holly, the major shift in her relationship with this specific fear came when she was exposed to discussion of vomiting by virtue of her interactions with her friends and family. Her desire to keep her fear secret meant she was “forced” into listening.  This was not her choice, but the shame of her fear was more important than the fear itself so she wound up doing some exposure without ever planning to do so.

This, combined with the work Holly was doing on her panic disorder, helped her start to see her fear of vomiting in a new way. The ability to put a little space between her fear and her reactions helped her begin to at least consider the possibility that vomiting might not be the worst possible thing for a human being to experience.  She was able to recognize the fear response, rather than the act of vomiting itself, that was the problem.

This doesn’t mean that Holly wants to be sick or welcomes it, but this shift helped her start to accept that she can handle it if it does happen to her.

Holly was careful to point out that overcoming her emetophobia didn’t happen in an instant because something “clicked”.  It was a long process of learning a that got her where she is now.

Fear of Vomiting, or Emetophobia (from the Anxiety and Depression Association of America)

Emetophobia, or Fear of Vomiting, As An Expression of OCD (from the International OCD Foundation)

Emetophobia Causes and Treatment (from VerywellMind)