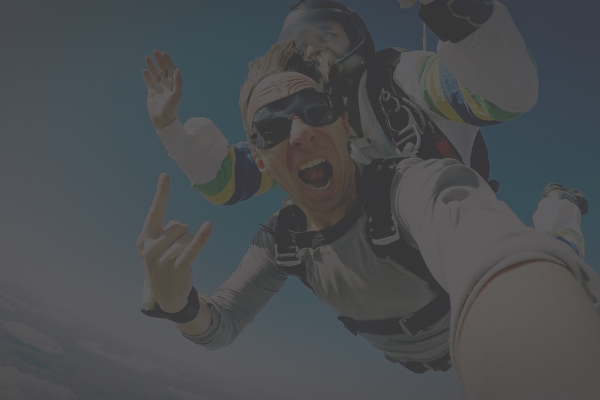 EP 184 – Learning To Live Recklessly (But Not Really)

Why on Earth am I talking about living recklessly? Most of us would agree that being reckless involves intentionally doing dangerous things and being somewhat responsible. Let’s take a few minutes to relate that to the process of anxiety recovery. And no, I am not going to teach you how to be truly reckless. It might just feel that way.

When we do the hard and scary recovery things that we’re always talking about, that often feels really dangerous. You resist that for two reasons. First, nobody wants to do difficult scary things. This is just human nature. But you may also resist this recovery principle an entirely different level as well. You may resist this because intentionally doing scary and difficult things may FEEL IRRESPONSIBLE, DANGEROUS, AND RECKLESS.

In many ways, the process of recovery actually feels like living irresponsibly and recklessly for many of us. We’re not truly doing dangerous things. But when we stop trying to save ourselves from the perceived but false threats and disasters of disordered anxiety, that often feels very wrong. That feels dangerous. That feels irresponsible. That feels reckless. When we engage in the practice of exposure, non-reactivity to fear, and disengaging from the maladaptive thinking habits that fuel conditions like GAD, we may truly feel like we are being reckless.

In this light, the process of recovery can be very much an exercise in learning to live recklessly, even if it really isn’t.

(For more on worry and worrying see podcast episode 91 )

In this context, when I say we are learning to live recklessly, I’m exposing that extra layer of resistance against going toward fear and doing things that are counterintuitive, difficult, uncomfortable, and scary. I’m not talking about doing truly dangerous things, but it may feel to you extremely dangerous to you and your overactive lizard brain, and therefore irresponsible and reckless. The rest of the world would NEVER view our recovery activities and actions as reckless, but we may, and therein originates the additional friction.

Unfortunately, the only way to know that this is not reckless is to do it, then to acknowledge that nothing bad happened as a result. We do scary and hard things to learn that they never had to be scary or difficult. The experience teaches us that vital recovery lesson. Accordingly, we act in what we may see as a reckless way to learn that we’re not truly acting recklessly. We learn that none of our protective habits were ever protective at all. Reality shows us that we were accomplishing nothing, saving ourselves and our loved ones from no threat at all, and from no danger at all. We see that what we thought of as reckless is not reckless at all. What once seems irresponsible is revealed to be healthy and productive in the long run.

So when you feel like leaving your worries unanswered or surrendering to your panic symptoms is irresponsible and reckless, remember this. Remember that this is only the interpretation of an overactive, oversensitive threat detection mechanism in your brain.

Then go be irresponsible and reckless … and learn that you’re really not.